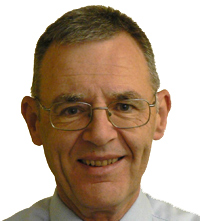 My name is Carl Wallin. In 1986 I developed, produced and marketed the original "Cruciform"® card and CWC Services was conceived. During it's development, Cruciform® was soon recognised as a significant advance on other systems as it benefited from the advice of medical, paramedical, nursing and first aid trainers.

The latest iteration is the best yet, but we are still interested in improvement. Please contact us if you have ideas which you would like us to consider and possibly use.

It also became apparent that the whole area of dealing with incidents and injured persons was lacking in any coherent group of products to deal with the administration of emergency incidents.

To this end, we initially developed the Firstaidform© for first aid staff and first responders.

We then developed the following log books for both duty managers who need to record their individual actions over time, as well as senior managers, officers and directors involved in bronze, silver and gold managerial level groups during and following a large incident or event.

The Emergency Log Book© was the first of these books (quickly named the “Green Log Book” by users) followed by the Emergency Incident Record Book© developed to meet a demand for a less bulky book.

Again, following a request for a book which could be carried in a pocket or handbag, we developed the Emergency Pocket Log Book©.

Each of these books fulfils a need for an legally validated record book, enabling an organisation to provide any court or Inquiry with the records it needs to answer any questions about managerial actions by providing a verifiable audit trail.

The most recent book developed was the Decision Log Book©. This book was designed to assist decision making groups, whether from one service/organisation or a mixed group which might include police, fire & rescue, ambulance services plus others such as coastguard, environment agency, local authorities, water authorities, energy suppliers etc.

These groups would be brought together to deal with any significant incident in their area and would need to collectively make decisions about any aspect of the incident which impacted on the people living there or those “downstream” who might be affected (smoke, water, fumes etc.)

We also developed a Major Emergency Plan© as there has been little or no attempt to produce plans which co-ordinate one hospital with another, even in respect of terminology, or to co-ordinate the hospital plans with other plans related to Hospital Trusts, Clinical Commissioning groups or other organisations.

The Major Emergency Plan© provides a generic framework for both major incidents and business continuity issues which can be easily modified to incorporate local names and locations etc. It is being used in some NHS hospitals and Independent Sector hospitals.

A specialist product we also developed was the Priority Cleaning System© which ensures that potentially or actually contaminated spaces are appropriately and hygienically cleaned using a UK Ministry of Justice approved protocol. This is being introduced into the whole of the HM Prison Service but could be used also in other services or organisations where a duty of care exists to room occupants.

As can be seen, therefore, CWC Services has a suite of distinct but linked products which assist a range of people in organisations which serve the public, particularly when an incident, small or large, creates risk of injury or death.

The products provide the administrative support to protect individuals and organisations from post incident criticism and possible court or inquiry processes.

We recognise, of course, that budgets have become increasingly strained after the Comprehensive Spending Review in 2010. Items such as log books may be considered non essential by some managers facing budget reductions.

Organisational managers should be aware that if an incident happens and records are not made in legally sound documentation, contemporaneously, the cost of being unable to adequately defend actions taken and decisions made could be very high indeed. The cost of defending a case and losing could be massive set against the savings made by not making a very minor expenditure on log books or other legally verifiable documentation.

It should also be mentioned that most of these products, particularly the books, can be modified if they do not exactly meet the requirements of any specific organisation.

We have made bespoke books for some ambulance services and the HART organisation and are in discussions with organisations for which the existing log books do not exactly meet their requirements. If you need a specific type of log book, please contact us.